Ambient Light Sensors can be used whenever a high resolution light sensor with a two-wire digital interface is required. Applications include street light control, security lighting, sunlight harvesting, machine vision, automotive instrumentation clusters. Ambient light sensing offers up to 30% in energy saving for portable products, by controlling the display brightness depending on the lighting environment.

Ambient light sensors from Excelitas provide an easy solution for applications that require a response similar to the human eye, making it ideal when the response should only be influenced by visible light. There are three main devices types: filtered photodiodes, filtered phototransistors and wavelength selective devices based on III-V material. They are available in a number of standard packages, including surface mount for automated assembly.

Transmissive IR Switches – including slotted switches, optical digital encoders and transmissive photo ICs – contain an emitter which transmits IR light and a detector in line which detects the light directly.

Reflective IR Switches, or reflective optical switches, consist of a housing containing both a light source and a detector. Light from the source radiates outward, and is reflected back if an object passes in front of the switch. The reflected light is sensed by the detector. Reflective switches can be used to detect the proximity of an object and may therefore be referred to as proximity sensors.

Photodiodes are solid state light detectors that, when illuminated, generate an output which is proportional to light level. A photodiode consists of a shallow diffused P-N junction with accessible connections.

Phototransistors are solid state light detectors that possess internal gain (which can range from 100 to over 1500) and are consequently much more sensitive than photodiodes of comparably sized area. These photodiode-amplifier combinations are put together to overcome the major limitation of photodiodes: unity gain. Many applications demand a greater output than can be generated by a photodiode alone, and even though the signal of a photodiode can be amplified through external circuitry (e.g. an operational amplifier), this is not always cost effective. In such cases, a phototransistor provides a lower cost alternative.

Phototransistors can be used to provide either an analog or digital output signal. The phototransistor can be viewed as a photodiode whose output photocurrent is fed into the base of a conventional small signal transistor. While not required for operation of the device as a photodetector, a base connection is often provided allowing the designer the option of using base current to bias the transistor. The typical gain of a phototransistor can range from 100 to over 1500. 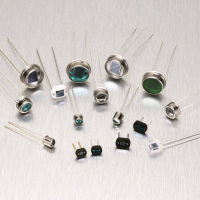 This series of P on N silicon planar photodiodes has been designed for optimum response through the visible part of the spectrum. Units with UV transmitting windows also exhibit excellent response in the UV. 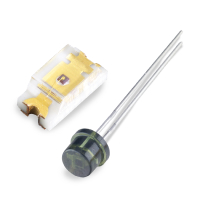 Ambient Light Sensors from Excelitas are spectrally adapted photodiodes and phototransistors, featuring Excelitas’ IR-BLOC technology to give a response approaching that of the human eye.

There are three main devices types, one being filtered photodiodes, the second filtered phototransistors and finally wavelength selective devices based on III-V material.

They are available in a number of standard packages, including surface mount for automated assembly. 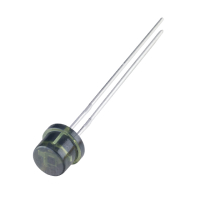 The VTP9812FH Silicon Photodiode is a a fast response silicon photodiode in an infrared blocking T1 ¾ flat package package having a 1.548 mm2 active area and designed for spectral response between 400nm and 700 nm. This series of photodiodes has been designed for low-junction capacitance to achieve fast response times and can be operated under reverse bias to decrease the capacitance in order to further increase the speed of response. In applications where speed of response is not critical, these photodiodes can also be operated in photovoltaic mode.

This RoHS-compliant range from Excelitas is available in a wide range of packages. 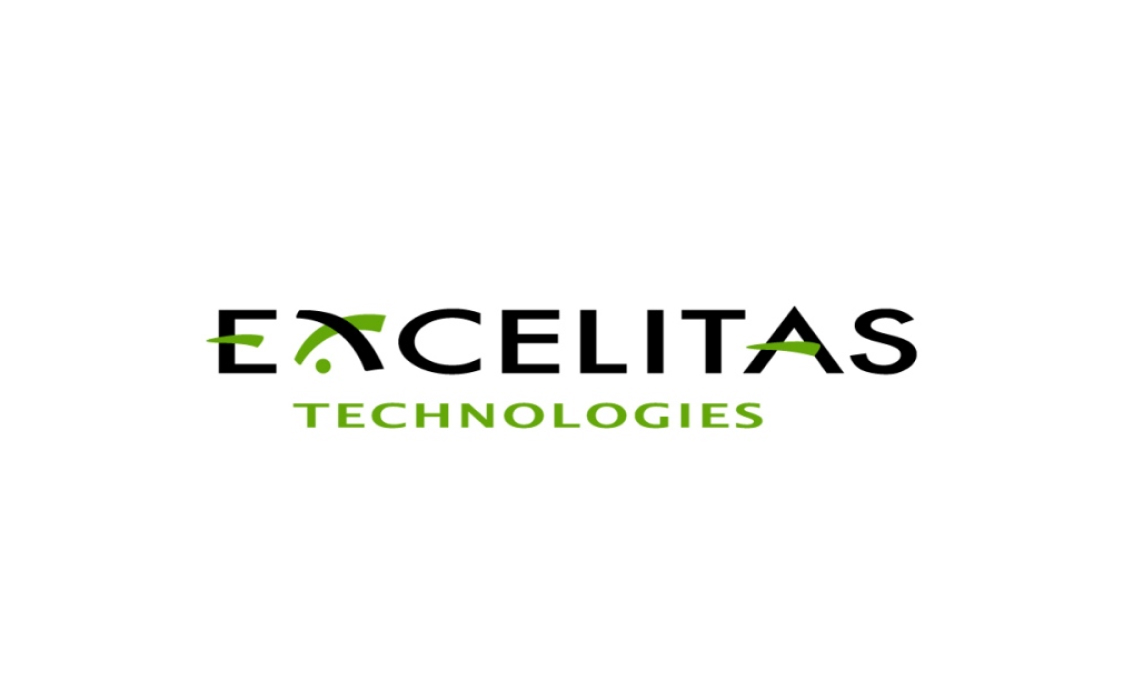